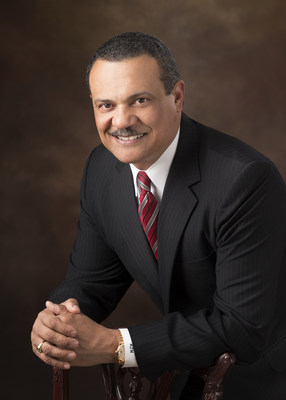 The EMpower report, published by the Financial Times, named Mark to its 2017 global executive list.  He was recognized for being a strong advocate, role model and supporter of diversity and inclusion through training, employee enrichment, community outreach and supplier development.  Financial Times (FT) is one of the world's leading business news organizations, recognized internationally for its authority, integrity and accuracy. The FT has a combined paid print and digital circulation of almost 860,000.

"I am humbled to be named among such a distinct group of global business professionals and honored to represent Ameren Illinois co-workers who share my passion for diversity," Mark said. "A more inclusive workplace creates more opportunities for our employees, suppliers and customers. The culture we have built at Ameren Illinois encourages diversity in thought and action and it's a major reason why we're a successful, growing company."

Mark, who celebrates five years as Chairman and President of Ameren Illinois in June, was one of the initial Executive Sponsors of Ameren's Network of Minority Employees, a group which develops networking and training opportunities for Ameren's minorities.  This year, Mark is offering employees an additional opportunity to experience the benefits of diversity and inclusion through formation of the "Courage Tour," a series of presentations and panel discussions focused on encouraging diversity and inclusion in the workplace.

Another example of Mark's leadership includes the May 2015 formation of Illinois Utilities Business Diversity Council.  Mark is vice chairman of the council whose mission is to grow business opportunities for diverse suppliers through closer collaboration, technical development and sharing of best practices.

Mark was named President of Ameren Illinois in June of 2012.  During his tenure, the company has made significant progress in executing a massive overhaul of its 43,700-square-mile energy delivery infrastructure.  Improvements to the energy grid that have resulted in increased reliability, a reduction in power outages, and the creation of hundreds of new jobs.

Mark serves on a variety of boards and organizations including American Gas Association Board, Saint Louis Zoo, Enterprise Bank and Trust Clayton Board, Madison Mutual Insurance Board, Major Case Squad of Greater St. Louis, and the St. Louis Police Foundation.