ST. LOUIS, Sept. 25, 2017 -- Ameren Missouri announced today a forward-thinking plan to dramatically increase the amount of wind and solar generation to provide cost-effective and sustainable energy for its customers.

Ameren Missouri, a subsidiary of Ameren Corporation (NYSE: AEE), plans to add at least 700 megawatts of wind generation by 2020, representing an investment of approximately $1 billion. The potential exists to add even more wind generation in the coming years as a result of improving technology and economics, as well as renewable energy initiatives with large customers.

The company also plans to add 100 megawatts of solar generation over the next 10 years, with 50 megawatts expected to come online by 2025.

"This is Ameren Missouri's largest-ever commitment to clean, renewable energy," said Michael Moehn, president of Ameren Missouri. "We are committed to bringing our customers innovative solutions that are both cost-effective and environmentally responsible while maintaining the reliability our customers expect." 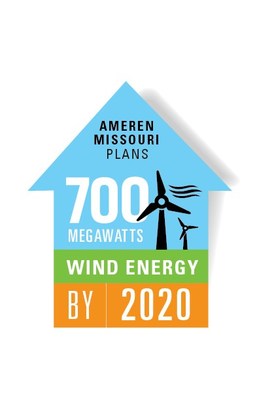 "We expect this tremendous growth in wind generation to provide great value to our customers, who will save money on energy costs," Moehn said. "Because of significant advancement in technology, harnessing wind is less expensive than other forms of new generation."

The planned generation is expected to be operational by 2020.

"We believe it is in our customers' long-term best interest for Ameren Missouri to own this wind generation," said Ajay Arora, vice president of environmental services and generation resource planning at Ameren. 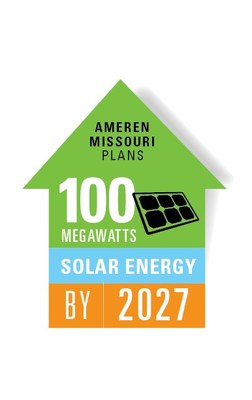 The addition of 100 megawatts of solar generation over the next 10 years is expected to be developed in multiple phases.

"These innovative solar programs have great promise," Arora said. "Moving generation assets closer to where the energy is needed most is one of the ways we're making the grid smarter, stronger and more resilient." 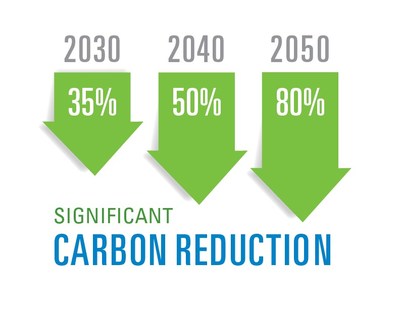 Further, the company is establishing a goal of reducing its carbon emissions 80 percent by 2050 from the 2005 level.

"We are the first investor-owned utility in the state, and among the first in the country, to announce a carbon emissions goal of this magnitude," Moehn said.

"The IRP is developed with the input of a wide variety of stakeholders and is consistent with Ameren's goal of transitioning its energy generation in a responsible fashion to ensure reliability while keeping customer rates affordable," Arora said.

In order to add these resources to its generation portfolio, Ameren Missouri is required to seek certificates of convenience and necessity from the Missouri Public Service Commission for projects located in Missouri and to obtain interconnection agreements so that it can use transmission services of the appropriate Regional Transmission Authority.

More information can be found at AmerenMissouri.com/IRP.

Statements in this release not based on historical facts are considered "forward-looking" and, accordingly, involve risks and uncertainties that could cause actual results to differ materially from those discussed. Although such forward-looking statements have been made in good faith and are based on reasonable assumptions, there is no assurance that the expected results will be achieved. These statements include (without limitation) statements as to future expectations, beliefs, plans, strategies, objectives, events, conditions, and financial performance. In connection with the "safe harbor" provisions of the Private Securities Litigation Reform Act of 1995, we are providing this cautionary statement to identify important factors that could cause actual results to differ materially from those anticipated. The following factors, in addition to those discussed under Risk Factors in Ameren's Annual Report on Form 10-K for the year ended December 31, 2016, and elsewhere in this release and in our other filings with the Securities and Exchange Commission, could cause actual results to differ materially from management expectations suggested in such forward-looking statements: