ST. LOUIS, Oct. 11, 2021 /PRNewswire/ -- Ameren Corporation (NYSE: AEE) announced that its Board of Directors elected Warner Baxter, current chairman, president  and chief executive officer, to the position of executive chairman, effective January 1, 2022. Concurrent with these actions, Marty Lyons has been elected president and chief executive officer of Ameren and a member of the Board of Directors effective January 1, 2022. 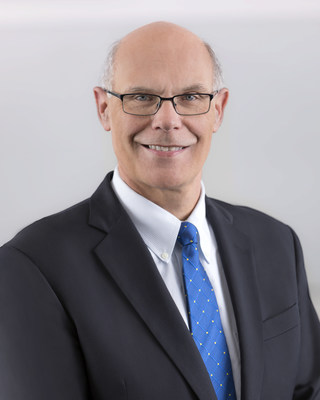 "Marty is an outstanding leader and is uniquely qualified to lead Ameren during this transformational period in our industry," Baxter said. "I have had the opportunity to work with Marty for over 20 years. The Board is confident that his extensive operational and financial expertise, coupled with his strong strategic mindset and engagement with key stakeholders, will enable Ameren to continue delivering strong value to our customers, communities and shareholders. I look forward to continuing to work closely with him in his new role."

Lyons joined Ameren in 2001 as vice president and controller. Since then, he has served in several senior leadership roles, including chief financial officer for 10 years, president of Ameren Services and in his current role as president, Ameren Missouri. In all of these roles, and as a member of Ameren's Executive Leadership Team, Lyons has gained extensive strategic, operational, financial, risk management and regulatory experience. He has also been active in several industry organizations, including the Edison Electric Institute (EEI) and Nuclear Energy Institute (NEI), as well as in several community organizations.

"I am grateful for and humbled by the opportunity to lead Ameren during this exciting period of time for our company and industry," Lyons said. "I am also honored to follow in Warner's footsteps. He has led our team to execute on a strategy that has delivered significant value to our customers and shareholders. Working with our dedicated co-workers at Ameren, we will remain focused on successfully executing this strategy in the future."

"This leadership transition is consistent with Ameren's robust succession planning process. The Board of Directors strongly believes that Marty will provide excellent leadership at Ameren, and working with our deep bench of leaders, deliver superior value to our shareholders and customers," said Richard Harshman, independent lead director of the Board of Directors. "On behalf of the Ameren Board of Directors, I also want to thank Warner for his outstanding and continued leadership. His track record as CEO in delivering strong, long–term  value  to  our  customers,  communities  and  shareholders  has  been  exemplary, while at the same time, he has provided strong leadership in the utility industry as it undergoes major  transformation.  We are pleased that he will remain as executive chairman of our board and continue to help shape the future direction of Ameren and the industry." Harshman will remain in his role as independent lead director.

In Baxter's new role as executive chairman, he will remain an employee of Ameren, and Lyons will report to him. Working closely with Lyons, Baxter will oversee key strategic matters important to the company, including energy policy issues and the company's transition to a cleaner energy future. He will remain actively engaged in key energy and economic policy matters, including in his broader industry leadership roles at the Edison Electric Institute (EEI) and Electric Power Research Institute (EPRI). Baxter will also continue to be actively engaged with key stakeholders and in the community.

Baxter joined Ameren in 1995. During his career, he served in numerous senior leadership roles at Ameren, including chief financial officer, as well as president of Ameren Missouri. He was named chairman, president and chief executive officer in 2014. Under his leadership, Ameren has successfully executed a strategy focused on robust energy infrastructure investments that are delivering a strong long-term sustainability value proposition for Ameren's customers, communities and shareholders. Notably, Ameren has established a goal and is already executing a plan to achieve net zero carbon emissions by 2050. The company has delivered significantly better customer reliability at electric rates that are approximately 25% below the national average, has been named one of the top utilities in the nation by DiversityInc for diversity and inclusion throughout his tenure as CEO, and delivered total shareholder returns since the end of 2013 of approximately 190%, among the best in the industry. He is currently the vice chairman of EEI and on EPRI's Executive Committee (past Chairman of the Board). He is a member of the board of directors of U.S. Bancorp and BJC Healthcare, and serves as vice chair of the American Cancer Society's Coaches vs.  Cancer Council.  He was past chair of Civic Progress St. Louis and now sits on the Greater St. Louis Inc. Chairman's Executive Council. 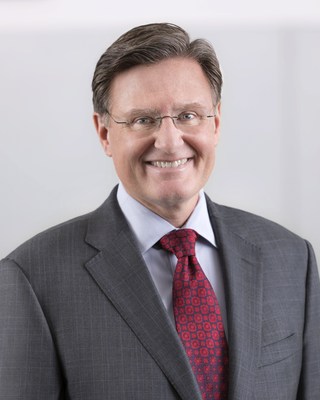