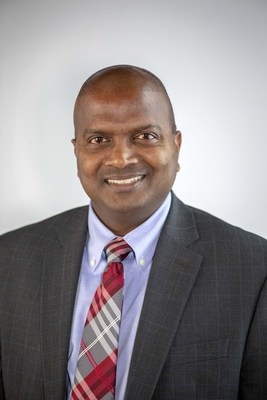 Leonard "Lenny" Singh, an executive with more than 30 years of utility experience, will be the next chairman and president of Ameren Illinois, an electric and natural gas delivery utility subsidiary of Ameren Corporation.

ST. LOUIS, June 27, 2022 /PRNewswire/ -- Ameren Corporation (NYSE: AEE) announced today that Leonard "Lenny" Singh, an executive with more than 30 years of utility experience, will be the next chairman and president of Ameren Illinois, an electric and natural gas delivery utility subsidiary of Ameren Corporation.

Singh joins Ameren July 1 and will assume the role when Richard Mark retires on Aug. 1.

Singh has extensive experience in both electric and natural gas operations. He most recently served as senior vice president for Consolidated Edison Company of New York.

"Lenny's deep experience and industry knowledge is well-suited to lead service to our 1.2 million electric customers and more than 800,000 natural gas customers in the state of Illinois," said Marty Lyons, chief executive officer of Ameren. "He has a proven track record of developing and executing strategic plans as well as demonstrating a steadfast focus on safety, customer satisfaction, continuous improvement, action and accountability. He is also known as a highly effective coach and mentor, skilled in motivating teams to produce positive results and reliable service for customers.

"We look forward to his strategic input as a member of Ameren's Executive Leadership Team. Richard and Lenny will work closely together throughout July, meeting with team members and key stakeholders to execute a smooth transition."

During his time at Con Edison, Singh served in a variety of roles, including leading Customer Energy Solutions, Manhattan Electric Operations as well as serving as chief engineer and general manager of Gas Operations.

"I am thrilled to join Ameren," Singh said. "This is an exciting time of change and transition in the energy industry, and I am ready to draw on my many experiences in the industry to help the company prepare for the future as we power the quality of life for our electric and natural gas customers. I look forward to building on the work that's been done at Ameren Illinois by helping to drive the success of the business in the next phase of the energy transition – for the benefit of communities across the state."

Singh is married and has two children. A native of Guyana in South America, Singh  immigrated to the New York vicinity in the 1980s. He and his family are now looking forward to relocating to southern Illinois.

Ameren Illinois delivers energy to 1.2 million electric and more than 800,000 natural gas customers in Illinois. Our mission is to power the quality of life. Our service territory covers more than 1,200 communities and 43,700 square miles. For more information, visit AmerenIllinois.com, find us on Twitter @AmerenIllinois or Facebook.